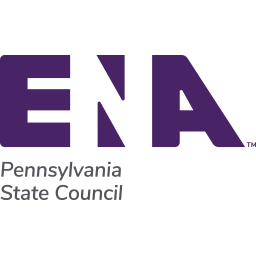 Posted about 2 years ago by Deborah Clark

This announcement has 1 attachment:

Delegate applications must be submitted no later than JULY 30th.

To define the procedure for the most equitable method of selecting delegates to represent PA-ENA at the annual Emergency Nurses Association (ENA) General Assembly House of Delegates.

1. Any member of the organization, in good standing, may apply to represent the PA-ENA State Council at the ENA Annual General Assembly.

2. Members must have attended at least fifty percent (50%) PA-ENA State Council meeting from July 1 of the preceding year through June 30th of the current year

a. If there are fewer delegate applications than allotted slots the remaining slots will be filled at the discretion of the BOD and General Assembly Chairperson.

3. Applications will be available at least 60 days prior to the application deadline.

4. Term of delegate responsibilities shall commence upon acceptance of delegate position and cease when General Assembly is concluded and all obligations as a delegate have been met.

1. The officers of the PA-ENA State Council are to serve as delegates in the following order: President, President-elect, Immediate Past President, Secretary, Treasurer, Treasurer-elect, Committee Chairs, and one chapter representative.

2. The remainder of delegates are selected from applications that meet all stated criteria.

3. All delegate applicants must be current PA-ENA members and hold current unrestricted nursing licensure in the state of Pennsylvania. If selected as a delegate or alternate, these requirements must be maintained until the General Assembly is concluded and all obligations as a delegate have been met.

4. Each interested PA-ENA member is responsible for initiating and completing the application for the delegate selection process.

6. Selection of delegates will be made by the Membership/General Assembly Committee. The total number of delegates selected will be based on a membership quota assessed by the national office.

7. Selection of delegates will be announced by the Membership/General Assembly Committee Chair.

8. In the event that the Membership/General Assembly Committee Chair receives applications in which there are more applicants than available delegate position, a lottery will be held. Alternate delegates will be selected from applicants not initially chosen.

9. Attendance at the PA-ENA State Council meeting immediately before General Assembly is mandatory for all selected delegates and alternates.